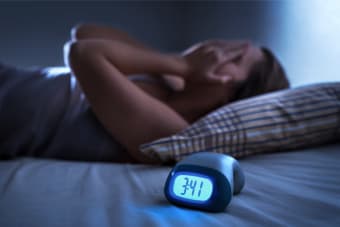 Snoring may seem similar to sleep apnea, but they are two completely different issues. Here, our Manitoba dentists explain the differences.

Many people who have sleep apnea are unaware of it and think they’re just snoring. This is an easy mistake to make because snoring is one of the primary symptoms of sleep apnea. In addition, both snoring and sleep apnea can be related to other health problems, and both can disrupt sleep.

However, there are some important differences between the two.

Snoring is caused by vibrations in the respiratory structures that occur when air movement is obstructed during sleep. Snoring can be caused by an elongated soft palate, the uvula, a large tongue, or obstructions of the nasal passage, among other reasons.

Although snoring is a symptom of sleep apnea, not everyone who has sleep apnea snores. And of course, many people who snore don't have sleep apnea.

What is sleep apnea?

Sleep apnea is a disorder that is characterized by abnormal pauses in breathing during sleep. These breathing pauses (called apneas) can occur because of a physical blockage to airflow, a lack of respiratory effort, or a combination of the two. Obstructive sleep apnea (caused by a blockage) is the most common form.

How do I know if I have sleep apnea?

People who suffer from sleep apnea are often first made aware of it by their partners, who notice the pauses in breathing.

If you feel fatigued during the day, and notice that your work performance, general vigilance, and ability to stay motivated have gone downhill, it may be a sign that you are experiencing sleep disruptions due to sleep apnea.

The only sure-fire way to determine if you have sleep apnea is to be assessed by a professional. A qualified medical professional can positively diagnose you, and get you the help you need.

Sleep apnea is more than just a nuisance. It carries serious health concerns with it. Those who suffer from this condition fall out of deep sleep when their breathing pauses, resulting in poor quality sleep. It can also trigger the release of stress hormones, change how your body uses energy, and make you feel tired and sleepy during the day. In addition, there are several potential negative health effects of inadequate sleep, such as weight gain, memory loss, skin aging, and more.

Sleep apnea can also increase the risk of serious conditions including:

Once you've been diagnosed by a medical professional, your dentists can help you achieve a better night’s sleep with a variety of treatment options.

If you think you may have sleep apnea, we can help. Book a consultation with our dentists at Assiniboine Dental Group today.

New patients are always welcome. Contact us to get started today.